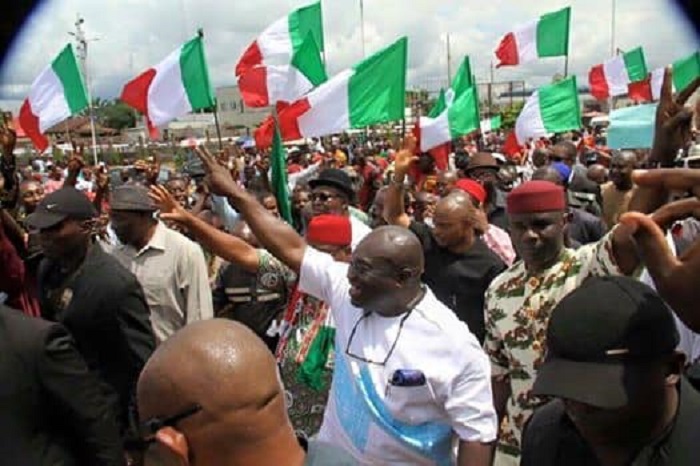 Governor Okezie Ikpeazu of Abia State has set out dates for ward to ward campaign for the forthcoming governorship election in the state.

Dr. Ikpeazu, the incumbent governor of Abia State is seeking for re-election after completing his 4-year tenure. His rival contenders in the coming election are the candidates of All Progressive Congress, APC, Dr. Uche Sampson Ogah and Dr. Alex Otti of All Progressive Grand Alliance, APGA.

Elected under the platform of Peoples Democratic Party, PDP, Mr. Ikpeazu has released a schedule for the campaign over his re-election bid.

Check out the schedule below…

The schedule is as follows :

Meanwhile, the governorship election, according to INEC will be held on 2nd March, 2019., after presidential which will also be held on 16th February, 2019.