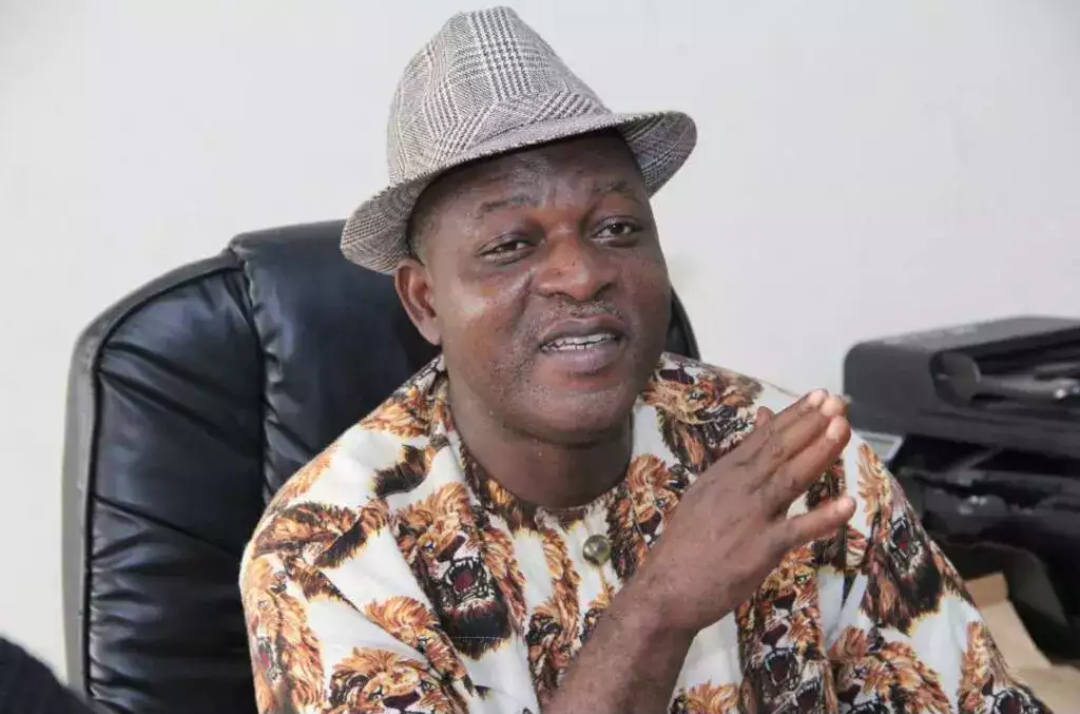 Opinion: “Nfirionu” is Allowed in Politics – By John Okiyi Kalu

Most of the leading figures of Abia political opposition don’t live in the state, don’t own properties in Umuahia or Aba and only come to the state when it is election period. Same applies to most of their social media hirelings who are conscripted to churn out articles from Lagos, Abuja, London and New York.

One of the factional candidates of an opposition party in the state recently exposed the shallow depth of his knowledge of his own state when he told viewers on live national television that our beloved Late Dee Sam Mbakwe built Golden Guinea Breweries, Umuahia, whereas Golden Guinea Breweries opened for business in 1963 during the glorious era of Dr M.I. Okpara. The same man did not know that the rubber and oil palm estates in Abia were created by Okpara.

How can you effectively govern a people you don’t know?

No wonder we still read social media hirelings of Abia opposition rave and rant about Governor Ikpeazu not reconstructing Enyimba hotel that the administration of Orji Uzor Kalu sold to Aba Chamber of Commerce, Industries, Mines & Agriculture (ACCIMA) for N26m many years before Governor Ikpeazu contested for Governorship of Abia State. When you explain to them that Enyimba Hotel is now private property they ask you why Ikpeazu did not take it over to reconstruct it but have nothing to say to the man who sold it for a paltry sum or those who bought it on the promise of redeveloping it as a befitting 5-star hotel.

The most embarrassing thing is that because they lack depth on Abia issues they resort to half truths, propaganda and outright falsehood as political tools. They are ready to promise heaven on earth if Abians agree to make the fatal mistake of electing them to govern the state whereas there is absolutely nothing in their pedigree to suggest that they are capable of doing a better job than the incumbent who has demonstrated remarkable knowledge of the state and evolved many tailor-made solutions to pressing challenges of the state.

I recently listened to an opposition Governorship aspirant of the party of liars via a live radio program at Aba telling Aba residents that Governor Ikpeazu has not done any road in the state. In response I sent an SMS to the anchor of the program to ask him if he cane to the studio through Ehere Road and the man shamelessly said yes but with a snide remark that it was the only road done by Governor Ikpeazu in Aba. I forwarded another SMS to the anchor to ask him if he has ever used Ukaegbu, Umuola, Ovom, Kamalu etc roads since he returned to Abia from Abuja and Bayelsa, and the man changed course and said he is saying that Ikpeazu has done some roads but not enough.

I smiled in satisfaction that another liar has been exposed.

Another opposition politician contesting for a federal house seat in Ikwuano/Umuahia was asked to rate Governor Ikpeazu’s performance in percentages, and after taking his time to think he responded with “50% only”.

Campaigning on what has not been done within 4 years is a no brainer when you consider the fact that even if we have limitless funding available to the Governor, it will still take more than 4 years to fix all Abia roads that require attention.

Common folks in Abia State will vote for Governor Ikpeazu not because he has solved all Abia problems but because they can associate with the ones he has done and are prepared to queue up to experience their own caterpillar revolution. They know he is passionately committing every available kobo to their welfare.

It is on that note that I am confidently asking our people living at Ngwa Road area to exercise a little more patience. Help is on the way along Ngwa Road, Ohanku and Obohia especially now that NDDC and their fake contractors have vacated Ohanku Road, Aba. Governor Ikpeazu’s caterpillars will soon arrive that area to reconstruct Ohanku Road into a new 4 lane beauty.

Our people should ignore the group of persons we call “ndi nfiri onu” (rabble rousers) as they embark on their Lagos Media consultants-generated campaign of vain seduction and deceit.

Governor Ikpeazu will never lie to our people. He sees himself as one of them who feels the same pain and pleasures with them. From March 2019, we will commence the construction of 500km of rural access roads using the $100m AfDB/World bank facility. All parts of Abia State will benefit from the projects and we expect to ultimately minimize sandy roads in our state.

This week alone, two reputable media organizations are set to recognize and reward the outstanding work of Governor Okezie Ikpeazu in Lagos and Abuja. While Independent Newspaper will on Thursday, January 17, 2019, decorate him as the 2018 Governor of the Year on Entrepreneurship, Africa Independent Television (AIT) is also set to fete him on Saturday January 19, 2019, as the 2018 AIT Outstanding Governor.

In addition to the key projects visited by the representatives of the media houses, our team has just compiled more than 1000 other community based projects executed by Governor Ikpeazu across the state and have published the list with locations so that doubting Thomases can visit and verify. Kindly feel free to pick a copy of the latest edition of Abia Info magazine and see for your self, verify and revert.

Those asking me why we have not been shouting about the great work of Governor Ikpeazu before now are excused because they don’t know the person, management style of the Governor and his uncommon focus on substantive outcome first. He has always believed that when people see, feel and use what you have put in place they will naturally applaud and support your aspiration.

Whether the Governor’s philosophy of “less noise, more work” is right or not will soon be put to electoral test on the 2nd of March, 2019. In the interim, I will share one moment I had with the Governor on Enyimba Economic City project to enable you peep into the workings of the mind of this development icon.

After we negotiated an investment deal with Ruyi Group of China valued at $2.5bn I was overjoyed and told Governor Ikpeazu that I was set to break the good news to the hardworking people of Abia State. The Governor looked straight at me in the face and firmly said: “JOK noooo, it is not yet time….let’s fly below the radar and arrive at that point where all the necessary licenses have been obtained from the federal government before we start talking about the project, otherwise our rivals will try to truncate the project for political reasons”.

Obviously the Governor was right because shortly after the definitive agreement was signed with the federal government, under the supervision of President Buhari, a faction of APC in Abia State released a statement that the project was “a scam and President Buhari has been scammed by Governor Ikpeazu”. Not minding how damaging that statement was to the person of the president and the fact that it questioned his capacity to enter into contractual agreements, a desperate factional Governorship candidate of Abia APGA repeated the same insult when asked about the project, to the obvious disappointment of the panel of journalists interviewing him and whose correspondents had long filed in reports on the project from China, Abuja and Abia State.

If only desperate Abia opposition politicians were living in their state or taking more than passing and partisan interests in the affairs of their own state they would have noted the fact that the private sector promoters of Enyimba Economic City paid One Million Two Hundred US Dollars ($1,200,000) for the design of the city in Singapore and also paid Six Hundred Thousands US Dollars ($600,000) to the federal government for the free trade zone license. Which investor will spend his own $1.8m on a “fake project” as alleged by ignorant Abia opposition politicians?

Please, join Governor Ikpeazu in Lagos and Abuja this week to celebrate the Silent Achiever of Abia State, Dr Okezie Victor Chibuikem Ikpeazu, as he receives his well deserved awards.

The ship of Abia State is sailing in a positive direction and the gate of hell shall not prevail against it.