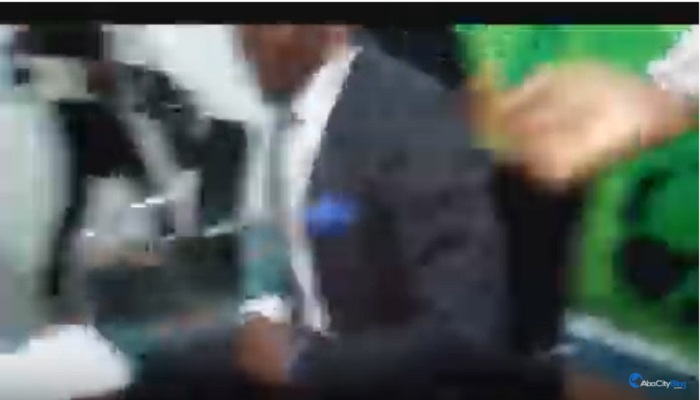 VIDEO: “Screw yourself” – House Of Reps Candidate in Abia tells Fellow during a Debate

There was a mild drama yesterday at the ongoing Abia Election Debate kicked off in Vision Africa Radio, Umuahia.

The debate which was organised by the Abia Based Media Houses in Collaboration with Abia State Chapter of OMPAN, saw the moment Dr. Chima Anyaso, a PDP candidate for Bende Federal House of Representatives shamefully abscond from studio while debate was ongoing.

The incident happened when Barr. Benjamin Kalu, an APC candidate for Bende Federal House of Representatives raised a questionable points, the latter, couldn’t bear it and he resorted to foul language.

Running away from studio.. one can see/hear him angrily used an (inappropriate) language saying “screw yourself” displaying a middle finger.

Watch the video below: