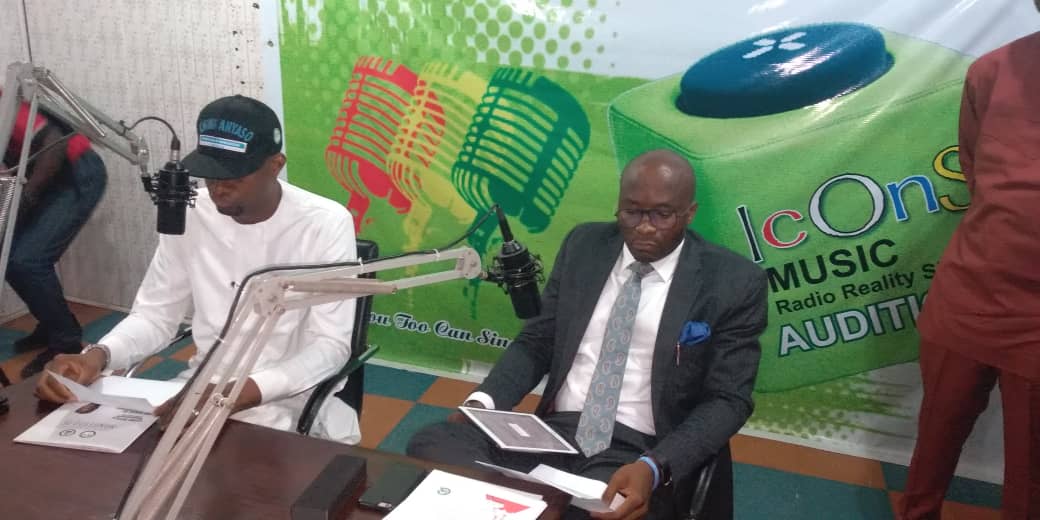 There was a mild drama today at the Abia Election Debate kicked off at Vision Africa Radio, Umuahia.

The debate which was organised by the Abia Based Media Houses in Collaboration with Abia State Chapter of OMPAN, saw the moment when Chima Anyaso, PDP candidate for Bende Federal House of Representatives shamefully abscond from studio while debate was ongoing.

During the debate monitored by ABACITYBLOG, questions of Chima’s integrity and credibility for the position surfaced at the point the PDP candidate started to launch personal attacks against Barrister Benjamin Kalu, APC Candidate for Bende Federal House of Representatives.

Ben Kalu in response to the personal attacks reminded Chima Anyaso of the case currently pending at the Federal High Court, Ikoyi (Case no. FHC/L/CS/1896/2015 – read story here), between First Bank and Chima’s company, Caades, which revealed allegations of signature forgery and criminal diversion of funds against Chima.

The APC candidate kept ramping up the heat until Chima prematurely left the studio about one hour into the debate but not before he flipped off the entire room using the middle finger gesture in a rude and childish display of petulance.

After Chima had run from the showdown, BenKalu mocked Mr. Anyaso for running from the heat and thereafter continued to marshal points and elaborate on issues in his manifesto.

The APC candidate ended by thanking his supporters and family for always supporting him and his mission to provide better representation for Bende.