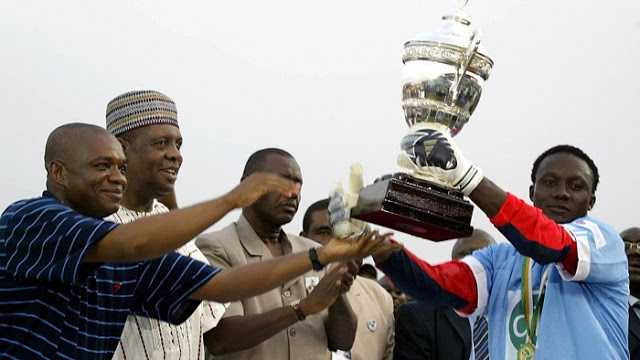 Why Enyimba FC Performed Excellently when I was Abia Governor – Kalu

Dr. Orji Uzor Kalu, the former Abia State governor has recalled why Enyimba International Football Club of Aba performed very excellent at the time he was the state governor, from 1999 to 2007.

Recall that Enyimba won the CAF Champions League two consecutive times in the mid-2000s when Orji Kalu was Abia governor.

The businessman in a recent chat with newsmen urged the present Abia State governor, Dr. Okezie Ikpeazu to do the needful, to make sure the team returns back to their home base as the stadium is currently under reconstruction.

Speaking with newsmen on why Enyimba still lack structure and stadium of their own despite winning the Champions League back to back, he said “the issue of running football can be expensive.

“We ceded the stadia we built to Enyimba. I don’t know why my successor reverted that decision.

“We were at the edge of sealing it before I left the government and I thought my successor would complete it but it was abandoned. But it is still possible.

“Now, Enyimba is playing away from home and I am advising Governor Okezie Ikpeazu to do everything possible to return Enyimba to their ground. They need to be in Aba. Aba is their base and I don’t see reasons why they should not play from there”.

Continuing, he said, “I built two stadia when I was governor, Aba was a playing ground and I converted it to be a stadium with a capacity to carry people . Also I built a new stadium in Umuahia.
RELATED POST:   Nigeria introduces VAR to be used at National Sports Festival 2020 in Edo

“It is important Enyimba is returned because it will have positive psychological effect on both the players and supporters.

Meanwhile, the stadium is currently under reconstruction, and the state government has assured the players and the supporters that the stadium will be ready in three months, but here is what the contractor is saying.

UPDATE: The stadium has been fixed and the peoples elephant have returned home. Check out what a Nigeria Sports channel; Naija Made said about the stadium:

Published in Aba News and Sports